Huge contingent plans to march at the Capitol NAN, members of clergy join call for restrictions on guns 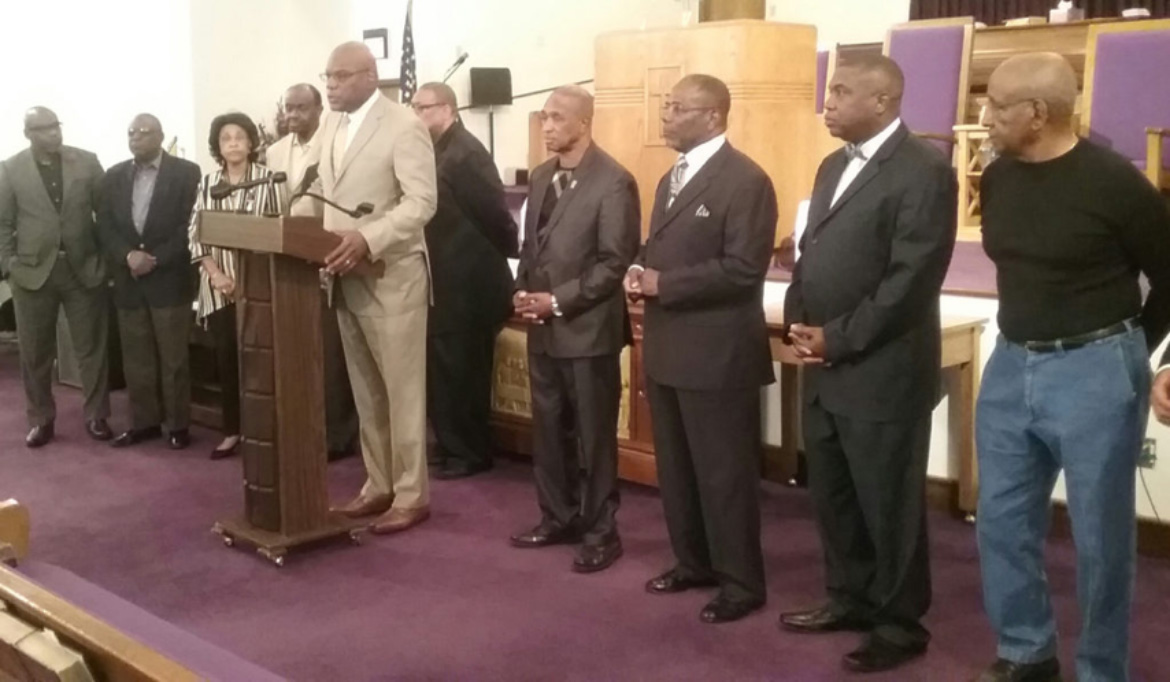 Rev. R.B. Holmes, standing at the podium, said 1,000 members of the clergy and other civil rights organizations will march at the Capitol on April 26.
Photo by St. Clair Murraine

Florida’s voices against gun violence got a little louder Monday when the local president of the National Action Network announced a planned April 26 march on the Capitol.

“Members of the clergy and leaders of civil rights organizations will converge on the Capitol to call for change in the state’s gun laws,” said Rev. R.B. Holmes, president of the local chapter of the National Action Network.

He disclosed plans for the rally during a press conference.

The planned action comes in wake of the shooting deaths of 17 students at Marjory Stoneman Douglas School in Parkland. Since suspect Nikolas Cruz carried out the massacre with an AR-15 riffle, there’s been a national outcry for changes in gun laws.

Holmes, publisher of the Outlook, said the protest is in support of the survivors of the shooting. They recently held a march on the Capitol, vowing not to let up on their push for gun law changes and better protection at schools around the state.

The attack by Cruz is one of several that have occurred in Florida in recent years. Holmes also pointed to several other mass shootings around the country to make his case against guns.

“This issue of unnecessary guns in our community has reached a point where the nation is saying enough is enough,” he said. “We support the students of Broward County for their courage and conviction to stand. As pastors and ministers, we stand boldly, firmly and consistently with them.”

Along with the National Action Network, members of the National Baptist Convention also plan to be in Tallahassee, Holmes said. He said the march was planned after conversation with leaders from around the county.

“We will be standing with our children and commanding and demanding that this state cannot be the ‘gunshine’ state,” Holmes said. “This is not gun smoke. This must be the sunshine state.”

Cruz is said to be mentally ill and has a passion for guns. Many are still shaken almost two weeks since his Valentine’s Day attack on the school in Broward County.

“I just couldn’t believe it,” said Joey Ferguson, pastor of Tabernacle of Praise. “I was broken because I have a lot of family members in Broward County. I began to immediately think about my nieces and nephews.”Ferguson was one of several ministers who stood beside Holmes when he spoke with reporters.

“I believe that in this capacity of all the faith-based leaders coming together is saying this is not about church or religion. This is about us leading by faith.”