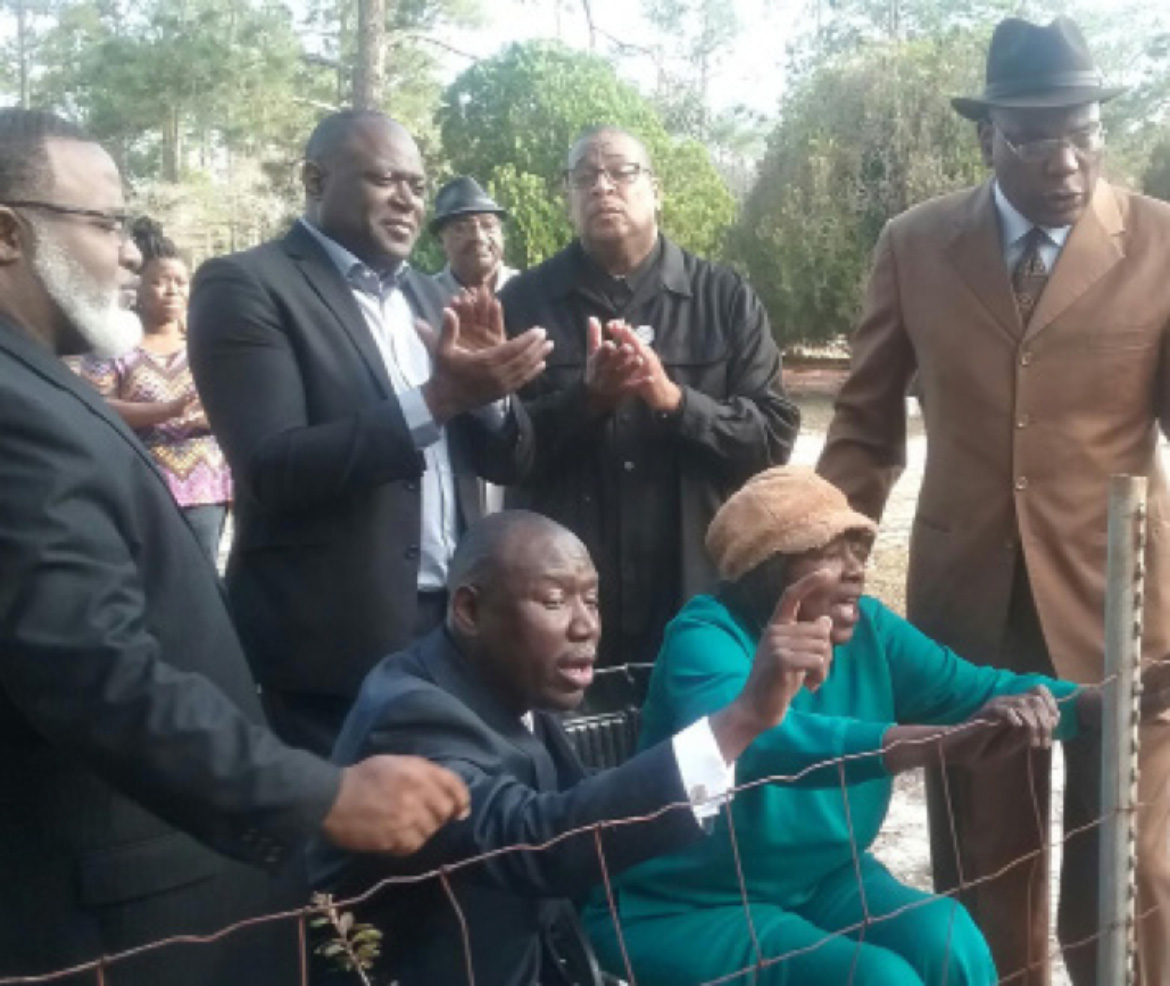 CAMILLA, Ga. – Gwen Thomas could hardly believe the racial divide that existed in her hometown after she left Camilla, Ga., to pursue a college education.

By the time she returned, she was married and ready to settle down in the town of just over 5,000. She didn’t stay long because the change she was expecting – especially in race relations seemingly didn’t happen.

“My husband, Harry, and I walked around to see the mentality of the people,” she said. “At that time they still had a slave mentality; their mindset.

“They (said they) didn’t want to offend ‘Mr. Travis’ because ‘Mr. Travis’ will do this to me. I’ve got to eat (and) I’ve got to have a place to stay. It was hard to break through that barrier.”

Thomas told her story during a recent press conference held by mayor Rufus Davis, who is conflicted by the same racial issues that bothers Thomas and many of the majority Blacks. Davis held the press conference along with civil rights attorney Benjamin Crump and Rev. R.B. Holmes, president of the Tallahassee chapter of the National Action Network.

Davis made his case by pointing to several racial inequities, including   the fact that city manager Bennett Adams and the city council have refused to give the mayor a key to City Hall since his election in 2015. He didn’t stop there, calling for the removal of a wire fence in Oakview Cemetery that separates burial spaces for Blacks from those where Whites are buried. He also wants an end to schools that are either majority White or Black.

The fence in the cemetery was the immediate target, though.

“This fence is a symbol of segregation, not only in this cemetery but in our community,” Davis said. “There is a sharp contrast between the lives of those buried, African-Americans on one side of this fence and the lives of those who are buried on opposite side of this fence.
The difference was obvious to reporters who covered the press conference. But although the side for Blacks is not as well-maintained as the side for Whites, city manager Bennett Adams said the difference is that some families pay for burial spots and others don’t.

Bennett, who spoke extensively with the Enterprise, the local newspaper, was on vacation and wasn’t available to comment immediately on the day of Davis’ press conference. However, Crump said Bennett and the city council were sent a letter that outlined a list of what he called “fences of discrimination and injustices.”

Crump warned in his letter that if action isn’t taken in 30 days he will file a case in court on Davis’ behalf.

It’s expected to take place at the same cemetery where Crump spoke.

“This fence is a shocking symbol,” Crump said, tugging it at times. “This isn’t just about Camilla, Georgia; this is about the United States of American in 2017.

Crump said he would like to see all races participate in the dismantling of the fence.

Holmes also agreed that the issue is bigger than the town where Blacks make up 70 percent of the population. He suggested that the city manager resign if he will not begin the implement change.

“We cannot, we will not allow a fence to divide Blacks and Whites,”said Holmes, who also is publisher of the Capital Outlook. “This fence represents hatred, bigotry, segregation, despair and hopelessness.”

At the heart of the controversy over Davis not having a key to city hall is wording in the city’s charter that limits the mayor’s power. For instance, Davis’ current roles only include signing documents approved by the council, run council meetings and attend committee meetings assigned to him.

Meanwhile, Adams, who was recently given a $40,000 raise, runs the day to day operation of the city government. He also has the power to appoint board, committee and commission members. The mayor previously had that authority until a recent rewrite of the city’s charter.
Davis has at least one supporter in city hall. Councilman Venterra Pollard has joined him in boycotting meetings until his concerns are addressed.

Davis said he would like to see more Blacks employed by the city, which currently has 24 employees. Seven of them are Black, according to Adams.

Documents showing hiring practices are one of several things Crump said he’d like to see along with a list of contracts that the city has with outside businesses. He also is demanding copies of all documents on terms of Adams’ contract with the city.

The practice of Camilla’s city manager holding more power in governing the city than the mayor goes back years before Adams took office. The last Black mayor before Davis, May Joe Haywood, also endured one term of serving as a figurehead, according to Priscilla Davis, the mayor’s mother.

She said several small efforts have been taken to bring about change, but went nowhere because Blacks in Camilla live in fear of experiencing something similar to the well-documented Camilla Massacre in the 1800s.

“People are not going to come forward,” she said, although she expressed hope that her son’s plight might lead to change. “It’s like they are scared and don’t see what’s going on.