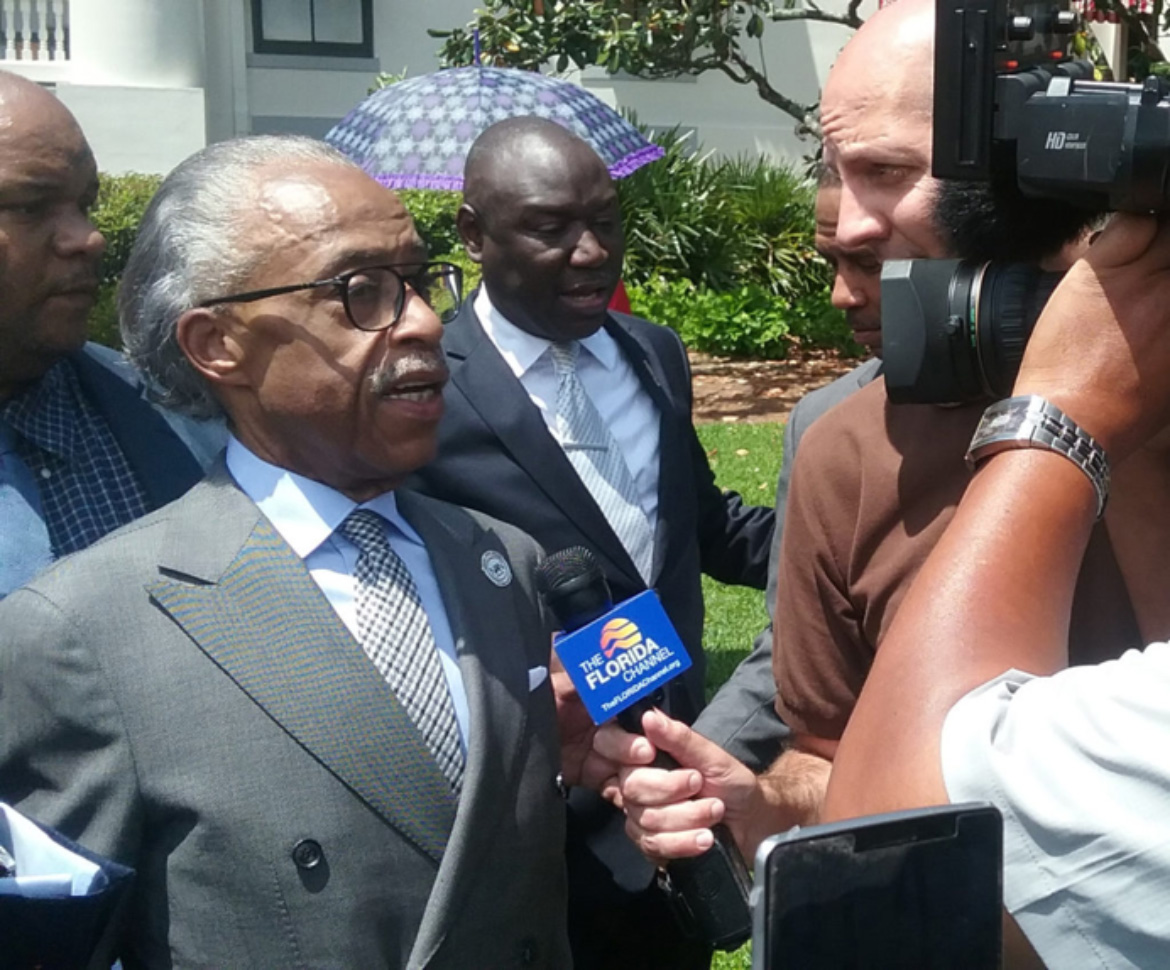 A fight between Gov. Rick Scott and supporters calling for restoration of voting rights for ex-felons will more than likely be settled at the polls on Nov. 6.

That became clear after a federal appeals court in Atlanta ruled in Scott’s favor and blocked a lower court’s call for revision of the state’s current clemency system. But a day after the appeals court ordered a stay of Judge Mark Walker’s decision on the grounds that the clemency system is unconstitutional; a group of activists and clergy members led hundreds of marchers to the Old Capitol to voice their opposition to the current Florida law.

Throughout the event that was organized by Rev. R.B. Holmes, president of the local chapter of the National Action Network, speakers vowed to continue their push for Amendment 4. Advocates overwhelmingly signed 799,000 names to a petition to get the measure on the ballot.

“This is a sustained movement all the way to Nov. 6,” Holmes said. “We will vote Amendment 4.”

Similar movements like the march in Tallahassee last week have been taking place around the state. Passage of Amendment 4 will required 60 percent of the votes.

Sticking with the overwhelming theme, Tallahassee Mayor Andrew Gallium urged the crowd of several hundred to register to vote and make it count at the polls.

“What we are here asking today is that the power of the people be extended to all; not just some, but to all of the people,” said Gillum, a candidate for governor in the November elections.

“We can’t say we want people to pull themselves up by the bootstrap and then erect all kinds of barriers that keep people from doing just that,” Gillum said.

Making the argument that people with felony convictions can’t vote, but must pay taxes, Al Sharpton, who heads up NAN, said the system is unjust.

“They’ve been subjected to laws but they can’t decide on lawmakers,” Sharpton said, standing on the steps to the building where legislators make laws. “It is taxation without representation. That’s what you fought in the American Revolution for. We are just asking that you live up to the creed that you gave the world.

“Florida and the other (three) states that do not restore voting rights in affect have performed double jeopardy against people that have been tried, convicted and did their time. It’s against the law and it’s against what we as people should stand up for.”

During the march, it was apparent that the voting rights struck a chord with Blacks, as one speaker after another mentioned how Blacks are disproportionately imprisoned. More than once there also were references of decades of battling for civil rights that included the right to vote.

“This is critical,” said civil rights attorney Benjamin Crump. “Understand that this legalization of discrimination is real and it is affecting us in ways that you can’t even imagine.”

Ex-felons in Florida have to wait at least five years after serving their sentences before appealing to a clemency board that includes Scott and three of his elected cabinet members. Florida is one of three states with a similar process for restoration of the right to vote by felons.

Crump made a point of stressing that the estimated 1.5 million ex-felons in Florida lose more than their vote. They can’t serve in the military, serve on jury, or get certain jobs, he said.

They’re “just like the walking dead,” Crump said. “They just don’t have the death certificate.”

If Amendment 4 passes it would have had an effect on election outcomes, particularly the race for governor. A 1 percentage point was the deciding factor in the last two gubernatorial elections.

FAMU president Larry Robinson, one of the speakers, said he showed up to support the march just like any other citizen. His support for Amendment 4 was unequivocal.

“The people who are going to make the changes are the people who are in the audience today,” he said. “I commend you for coming out here; carrying with us the message all the way to the poll in November and beyond.”